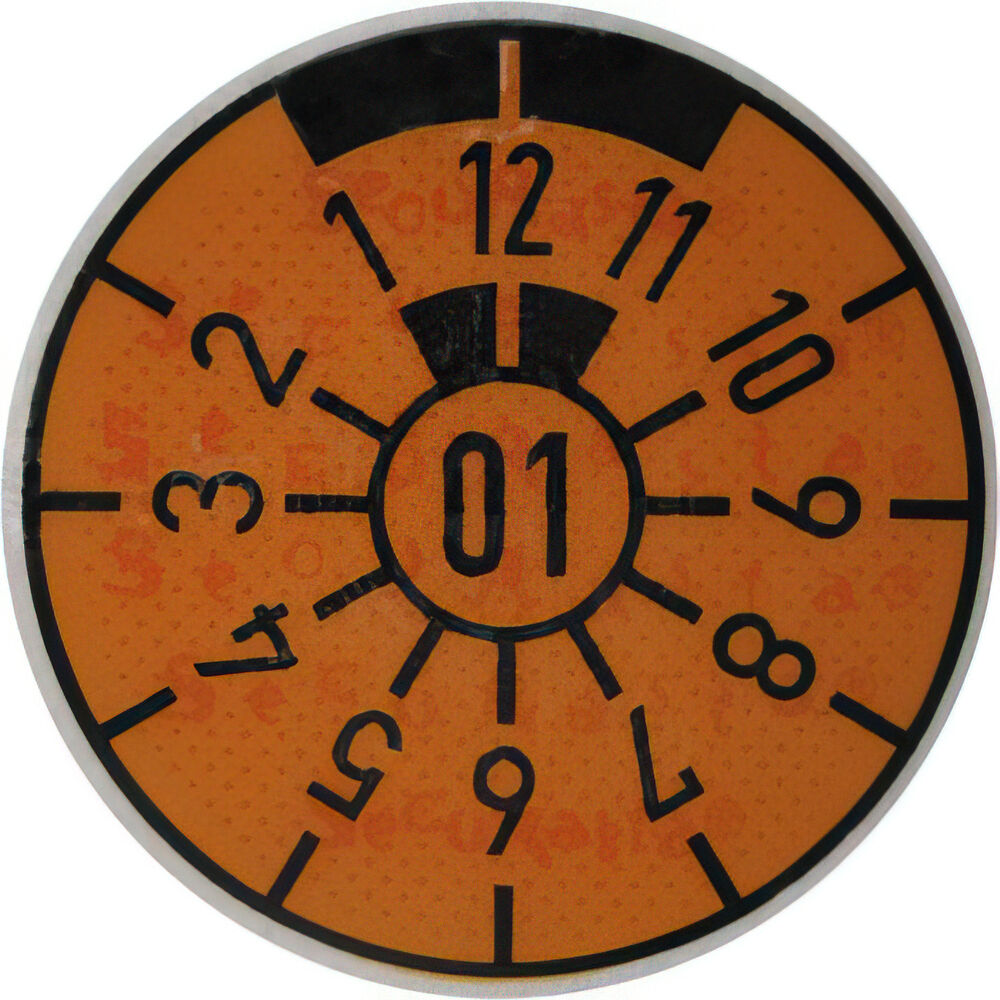 The first motor vehicle inspection jobs appear in the records of the “Rheinische DÜV” association as early as 1904. When driving licences became mandatory in 1906, the motor vehicle division of RWTÜV came into being. In 1938, it became obligatory for vehicles and vehicle owners to pass a test at a TÜV testing centre. From this time onwards, the common destiny of TÜV and motor cars was sealed. That same year, the first vehicle inspection facility was built to cope with the huge demand. After 1945, TÜV was committed to the reconstruction effort. Many technical inspectors were recruited and trained in the years that followed. Then, in 1954, the first large-scale testing halls were opened in Essen and Gelsenkirchen. At the same time, the Medical-Psychological Institute for Safety in Mining, Industry and Transport (MPI) was established. Until 1970, its main function was to conduct aptitude tests for drivers. 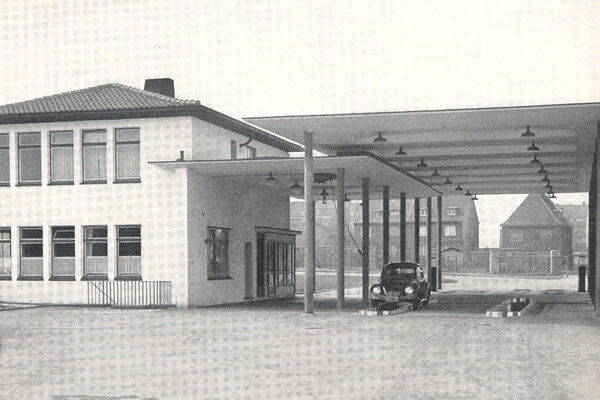 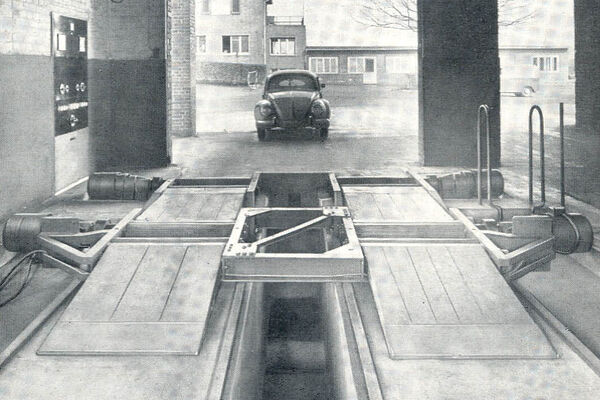 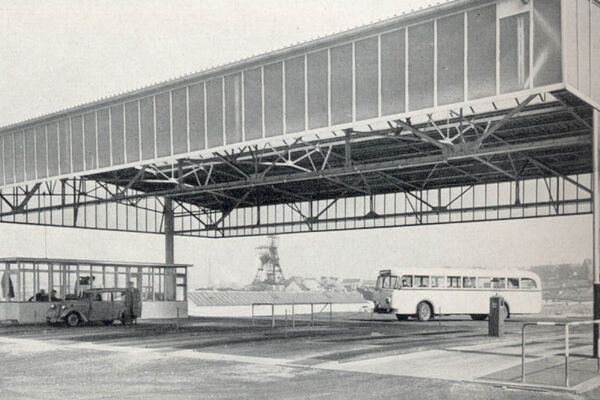 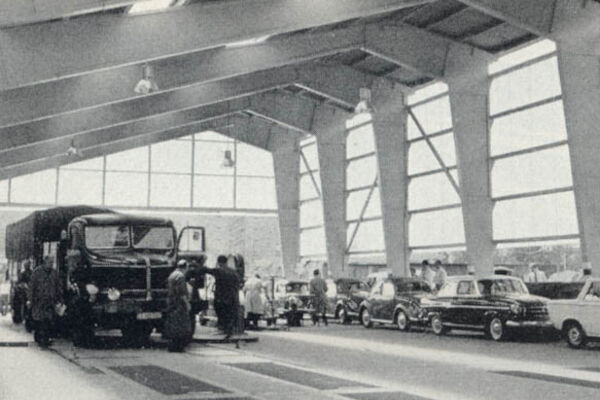 In 1965, with 24 testing facilities, RWTÜV’s predecessor TÜV Essen e.V. was inspecting around 500,000 vehicles per year. Yet it was not rewarded commercially since the test fees set by the government did not cover costs. By this time, the search was on for additional areas of activity for the highly skilled technical specialists. Entering the appraisal business for motor vehicle accidents and claims was an obvious next step, as a way to gain foothold outside the “state monopoly” sector. 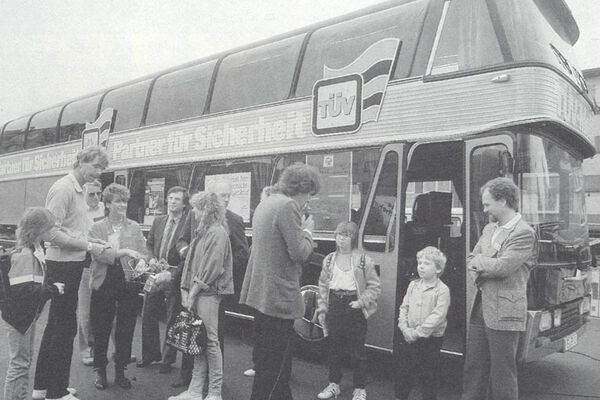 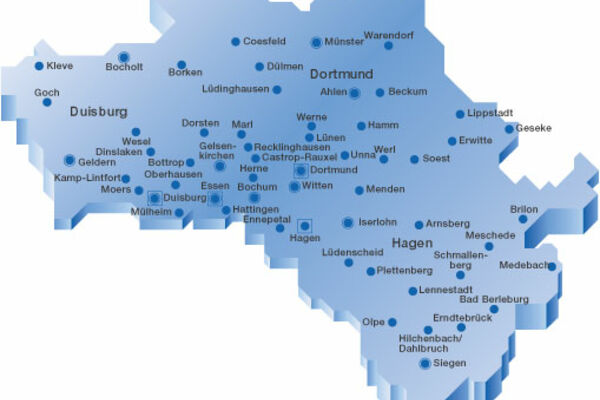 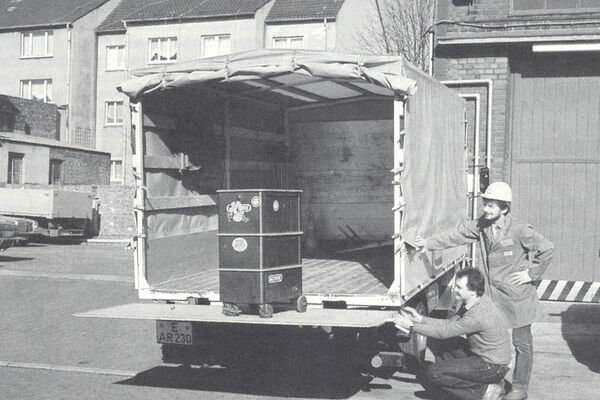 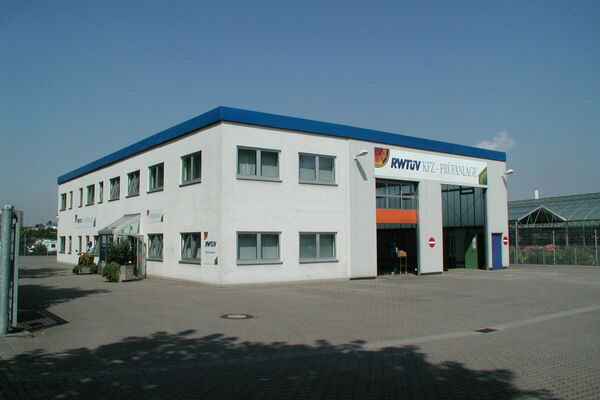 In the meantime, however, the first mobile testing facility was launched in 1970. RWTÜV made a deal with the voluntary motor vehicle inspection organisations – a segment which had been growing slowly since 1961 – to offer its own supplementary testing and motor vehicle examinations that went beyond the regular annual inspections. This move served not only to develop a cost-covering business area, but also to prepare extensively for imminent competition. When the vehicle inspection market was opened to non-TÜV organisations and testers in 1989, RWTÜV had some aces up its sleeve: besides a gradual expansion into other countries, it acquired Van Ameyde International B.V., headquartered in Rijswijk / The Hague. As the European market leader in handling insurance claims on the technical, legal and financial levels, it provided RWTÜV’s many motor vehicle experts with access to the field of damage and value appraisal for insurance companies. 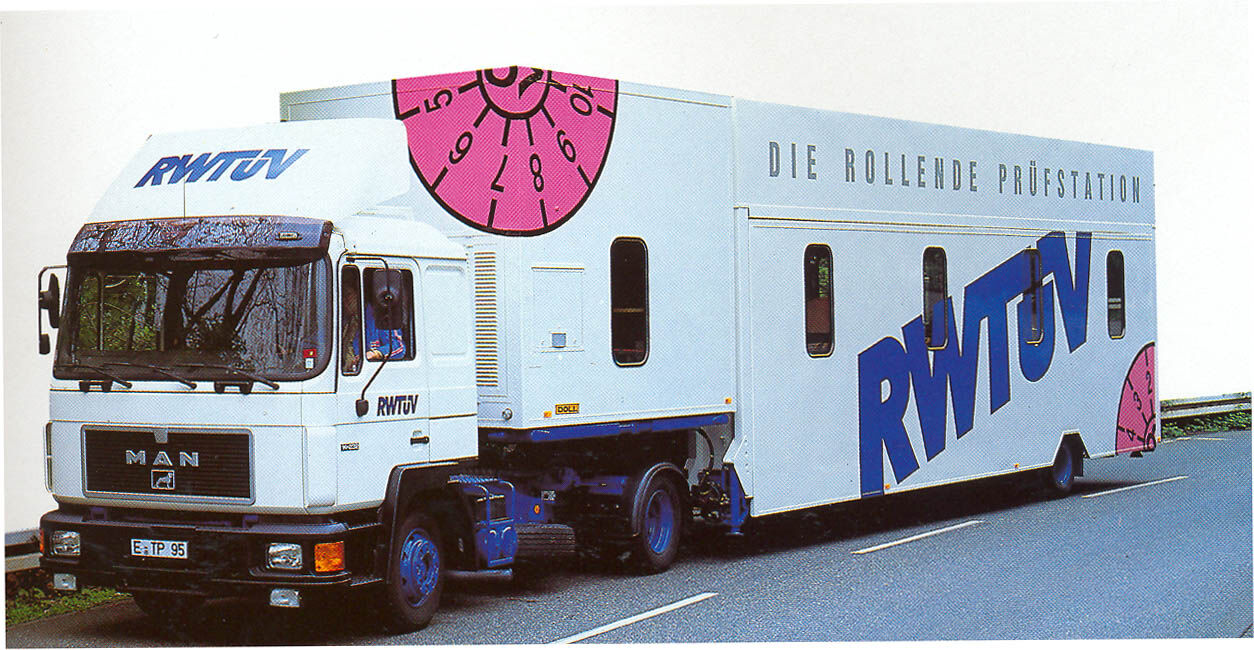 Following the merger of RWTÜV AG with TÜV Nord e.V., Hamburg and TÜV Hannover / Sachsen-Anhalt e.V. in 2004, in which all of the classic domestic and foreign TÜV activities were transferred to the newly formed TÜV NORD GmbH, Van Ameyde remained with RWTÜV, where it forms the “Insurance Services” business unit.